The Dominican Republic has to a large extent a tropical savanna climate. The northeast of the country has a tropical rainforest climate due to the high amounts of rainfall throughout the year. Temperatures during the day are between 28 and 33 degrees Celsius (82.4 - 91.4 degrees Fahrenheit) throughout the year and at night the temperature rarely drops below twenty degrees Celsius (68° F), with the exception of the higher areas.

The Dominican Republic is an all-year destination. Rainfall is very seasonal. The wettest months are October through to April in the north, with May to November being rainy season in the south. The south can also be struck by hurricanes during August and September. The best time to travel to the Dominican Republic is between January and April.

How is the weather in Dominican Republic in a specific month?

How is the weather in Dominican Republic in a specific month? 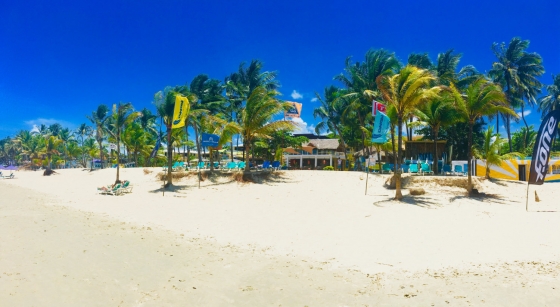 The weather today in Punta Cana
Show in Celsius