The graphs below show the monthly weather averages over the year.
* Data from weather station: Teheran, Iran.

The best time of year to visit Teheran in Iran

Teheran experiences mild springs and autumns. Long, hot and dry summers and short but cold winters. Since there is some difference in altitude in the city you have different micro climates. The higher northern Tehran is cooler and has a more pleasant microclimate than the southern city parts which is very flat and more warm.

Summers are warm and hot with very little rainfall, a relative low humidity and with cool night temperatures. Light precipitation falls mainly between late autumn and mid spring, but none of these months can be called wet. The average annual rainfall is not higher than 230 millimeters (9 inch). The average temperature in July is 30 degrees Celsius (86 ° Fahrenheit) in South Tehran and 25 ° Celsius (77 ° Fahrenheit) in the northern city parts, with some extremes of 40 ° Celsius (105°F).

The weather today in Teheran:
Show in Fahrenheit

Staying in Teheran? Check out our extended forecasts.

Curious what the average weather is like in Teheran in a specific month? 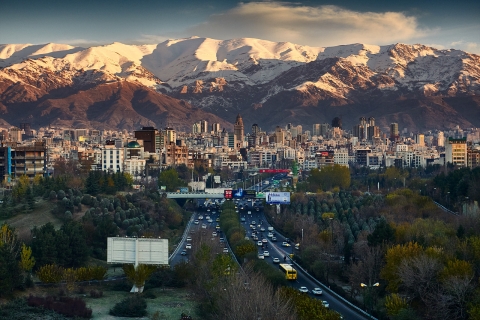 There is a lot of snow from late November until early April and it’s almost never too cold. Skiing the Alborz mountain in Iran is something for the bucket list for sure.