The graphs below show the monthly weather averages over the year.
* Data from weather station: Santiago, Chile.

The best time of year to visit Santiago in Chile

Santiago experiences a very pleasant Mediterranean climate. Summer lasts from December to February and the temperature rises to an average of 25 to 30 degrees Celsius (77- 86 ° Fahrenheit) during the day. During winter months (June, July and August) the average daytime temperature is around thirteen degrees Celsius (55° Fahrenheit). Night frost and certainly frost on the ground can occur regularly during winter. With an average of around 330 millimeters of precipitation a year, Santiago is pretty dry. During the summer months there is almost no rain.

Santiago on the map

The weather today in Santiago
Show in Fahrenheit

Curious what the average weather is like in Santiago in a specific month? 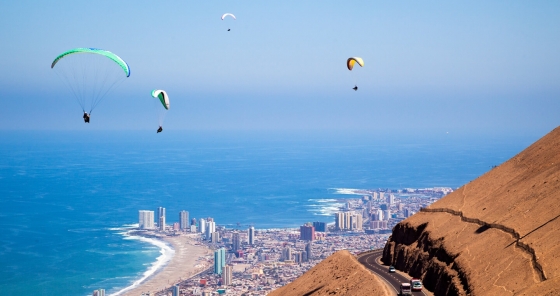 Minca is a tiny village in the tropical rain forest of Colombia and is an oasis of tranquility. Everyone looking for a relatively undiscovered piece of Colombia is in the right place here.