One of the oldest and most famous wildlife parks in Kenya is called the Tsavo National Park and we feel it must be added to your bucket list. Besides being the oldest National Park it is also one of the world's largest nature parks. With vast steppes and beautiful wildlife, such as elephants, giraffes and lions. The park is mountainous and you will find lakes, marshes, water sources, large open plains, steep mountains and volcanic rocks. As far as wildlife is concerned, you encounter large mammals and many birds.
The Tsavo National Park covers an area of ​​more than 21,000 square kilometers and can be divided into the Tsavo East National Park and the Tsavo West National Park. Both parks are separated by a highway and rail tracks, and each have their own charm. Tsavo is located in the south of Kenya between the capital Nairobi and the coastal city of Mombassa.

What is the most beautiful part

Tsavo East or Tsavo West? Both parts of the nature park each have their own unique characteristics. Where Tsavo East is known for its beautiful vast savannah landscape, Tsavo West is generally seen as rougher, because of the many rock formations and dried up lava. Tsavo West also differs in terms of nature from Tsavo East due to the presence of more hills and denser vegetation. This makes it more difficult to spot animals, but the landscape is also more photogenic. Tsavo West is wetter than the dry Tsavo East, with various marshes, Lake Jipe and the Mzima Springs.

Both Tsavo East and West are ideal for those who love seclusion and want to explore the wilderness without meeting other people. Lodges and tent camps are more remote and can be reached after a long car journey or by (charter) aircraft. Many lodges and camps organize safaris by 4x4 and on foot. Of the two parks, Tsavo East is the most remote and least visited. 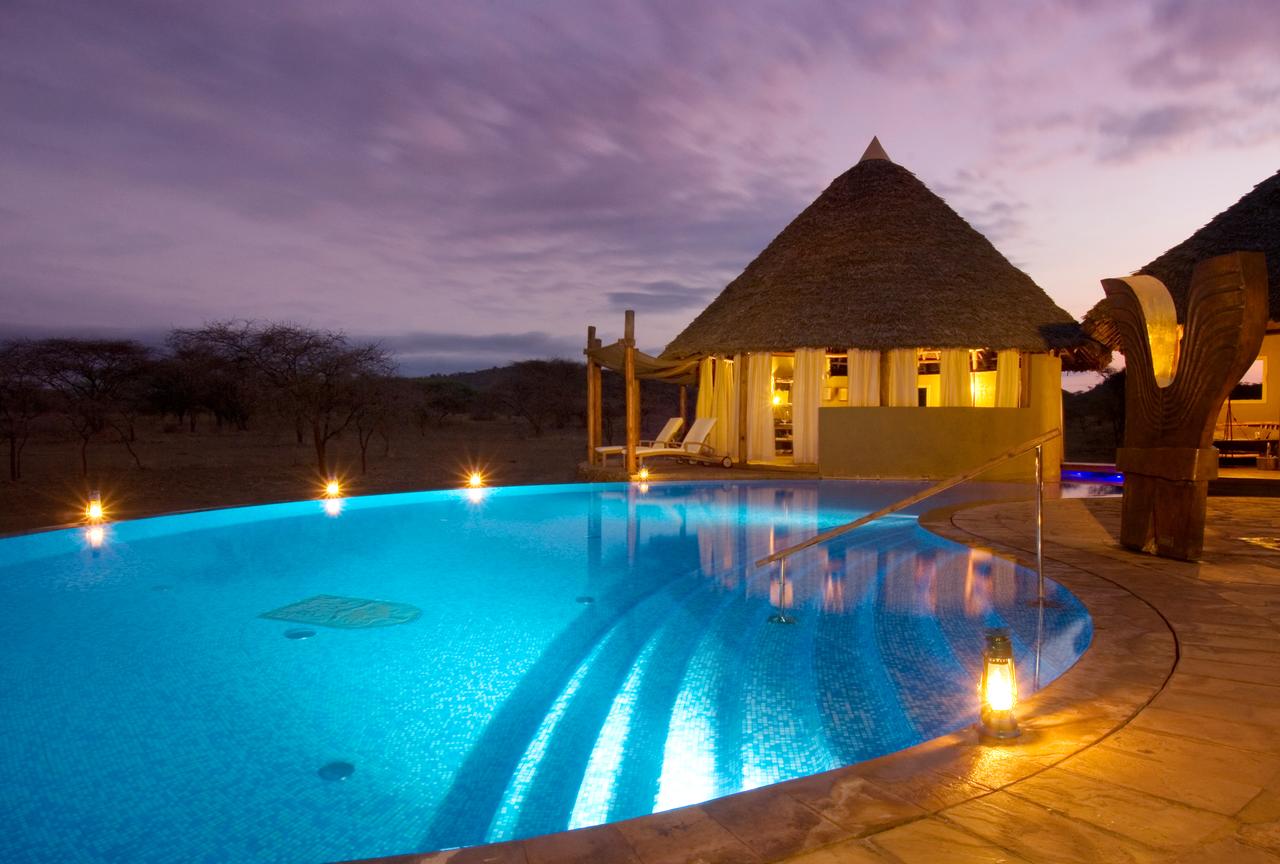 If you would like to stay Tsavo West and you want to be close to the animals we recommend to stay in Severin Safari Camp. In the evening you can sit around the fire in front of the tents. They have an amazing pool and the staff is super sweet. On booking.com they get an average rating of 9.1.

From mid-July to September and December to mid-March are the best months to visit both Tsavo National Parks. These are the dry periods in which wildlife are easier to spot because of lower bushes and grasses. There are also fewer sources of drinking water, so that animals often visit the larger and well-known watering places. Please note that in December to mid-March it can be very hot with temperatures above 30 degrees Celsius (86 degrees Fahrenheit). Click here for more climate details about Tsave National Park.

Not on the map - Yoga Teacher Training in Kenya

A yoga training with the rawness of mother Africa. In a place so untouched we really are walking on the same earth elephants roamed not so long ago.

Malawi: The warm heart of Africa

Malawi is a beautiful country where you can still be a pioneer as a traveler. It is known as one of the poorest countries in the world, but has a very friendly population with different traditional tribes.

The Pyramids of Giza are impressive and absolutely worth a visit

The pyramids are considered to be one of the seven wonders of the world in ancient times and they are the only one that still exist and can be visited today.