Because Costa Rica is located between nine to ten degrees north of the Equator, the climate is tropical year round. This means the average maximum temperature lies around 30.0°C (86°F) throughout the year. However, the country has many micro-climates depending on elevation, rainfall, topography, and by the geography of each particular region.

Costa Rica's seasons are defined by how much it rains during a particular period and not to the four seasons like in the Northern Hemisphere. The year can be split into two periods, the dry season known to the residents as summer, and the rainy season, known locally as winter. The "summer" or dry season goes from December to April, and "winter" or rainy season goes from May to November.

Thanks to its fairly southern location in Central America, Costa Rica has almost no chance of hurricanes. The hurricane route from the Caribbean runs just north of the country. Because neighboring Nicaragua is on a possible course of hurricanes, the indirect effects of a hurricane can be experienced in northeastern Costa Rica.

How is the weather in Costa Rica in a specific month?

How is the weather in Costa Rica in a specific month?

One of the coolest Yoga Ashrams in the world

If you like your yoga retreats to be social, immersing you in nature and a community of like-minded practitioners from around the world, then Anamaya in Costa Rica is for you. 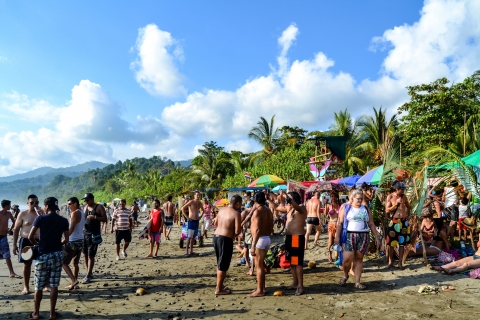 Must visit in Costa Rica

The weather today in Jacó
Show in Celsius