Climate and Average Weather in Belize

Belize has a tropical climate with pronounced wet and dry seasons. Average temperatures in the coastal regions range from 24 degrees Celsius (75° Fahrenheit) in January to 27 degrees Celsius (81°F) in July. Temperatures are slightly higher inland, except for the southern highland, where it is a lot cooler year round. Overall, the seasons are marked more by differences in humidity and rainfall than in temperature.

From the end of May or the beginning of June, the rainy season starts in Belize. The amounts of precipitation per month increases as well as the number of rainy days. The rainy season finishes around mid-January. For the whole of Belize, the period February to April is the best travel time. Alternative months to travel to Belize are January and May. January is the most pleasant of these two months in terms of temperature. During both months there is more chance of precipitation than in the period February-April which is the driest period.

As you get further south, the amount of precipitation increases. For example, there are areas in southern Belize where the annual rainfall is between four to five thousand millimeters (157-196 inches). The northern regions are a lot less wet with an average of 1300 to 2000 millimeters (51-78 inches). The moment the wet season arrives, you notice that it gets more humid. 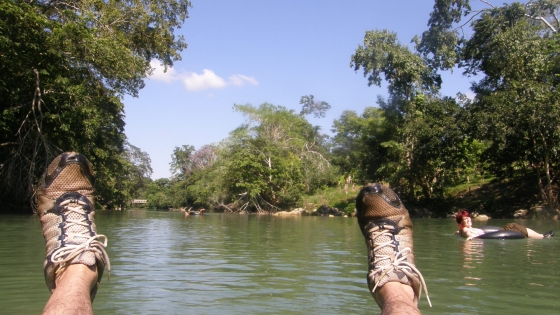 Must visit in Belize

The weather today in San Pedro
Show in Celsius