Historic towns with beautiful buildings, narrow alleys, romantic squares and impressive churches. If you love spectacular cities, Italy is the right place for you. It is a country full of history and medieval architecture. It offers so much to see and do that it would take a whole lifetime to explore. That's why we decided to compile a top 10 with the most beautiful historical towns in Italy.

The town of Positano is located on the famous Amalfi Coast and the colorful houses form a beautiful spectacle against the rocks. The streets are narrow, steep and Positano is at its most beautiful in the evenings.

Touristy? Yes. But so so beautiful. The historic center of Sirmione is located on a peninsula in Lake Garda. On the east side you will find the sixteenth-century church of Santa Maria Maggiore, beaches, sulfur springs and a few spas. On the west side, several terraces 'float' above the water and here you will find the beautiful Piazza Giosuè Garducci.
Sirmione also has a small harbor with numerous small multicolored boats.

Bellagio is located on the fancy Lake Como, right where the lake splits into the two. It is one of the most beloved Italian villages among the rich and famous. But Bellagio is open to everyone to enjoy. From various places in the town you have beautiful views over the lake. Bellagio is truly 'the pearl of Lake Como'.

The most spectacular village of Lake Garda is Riva del Garda. It is a village that almost looks a bit Swiss in terms of shopping streets, houses and accommodation. Due to the surrounding mountains, it is more cool than other places on the lake. Riva del Garda is very popular with nature lovers, cyclists and mountain bikers.

Limone sul Garda is located on the northwest side of Lake Garda and is famous for its lemons and beautiful location against a green mountainside. The old part of Limone sul Garda is a wonderful maze of narrow streets full of nice shops. Along the shore there is a pleasant boulevard with many terraces and a small harbour.

Steep, flower-decked streets, arched stone walkways, soft pink cottages and the scent of flowers in summer: the quaint hilltop village of Spello is too beautiful for words. Spello is still quite often skipped in Umbria, and is not even known among many tourists. In the romantic, cozy streets, the friendly residents always say hello and you will find countless nice wine bars and trattorias. Spello is one of those towns where you really want to live.

According to many, Siena is the most beautiful city in Tuscany, partly because the medieval history has been so beautifully preserved here. The shell-shaped Piazza del Campo is perhaps the most beautiful city square in Europe. And it is also the backstreets of Siena that you really fall in love with. Those medieval streets that become so narrow between high old historic buildings. Full of hidden enotecas, osterias and trattorias, sometimes with only two tables on a sweet hanging outdoor terrace.

Tranquil Lucca in Tuscany is one of the most prosperous cities in Northern Italy and has an equally rich history. In Lucca you will find many churches and the famous oval Piazza dell'Anfiteatro, built on the ruins of a Roman amphitheater. 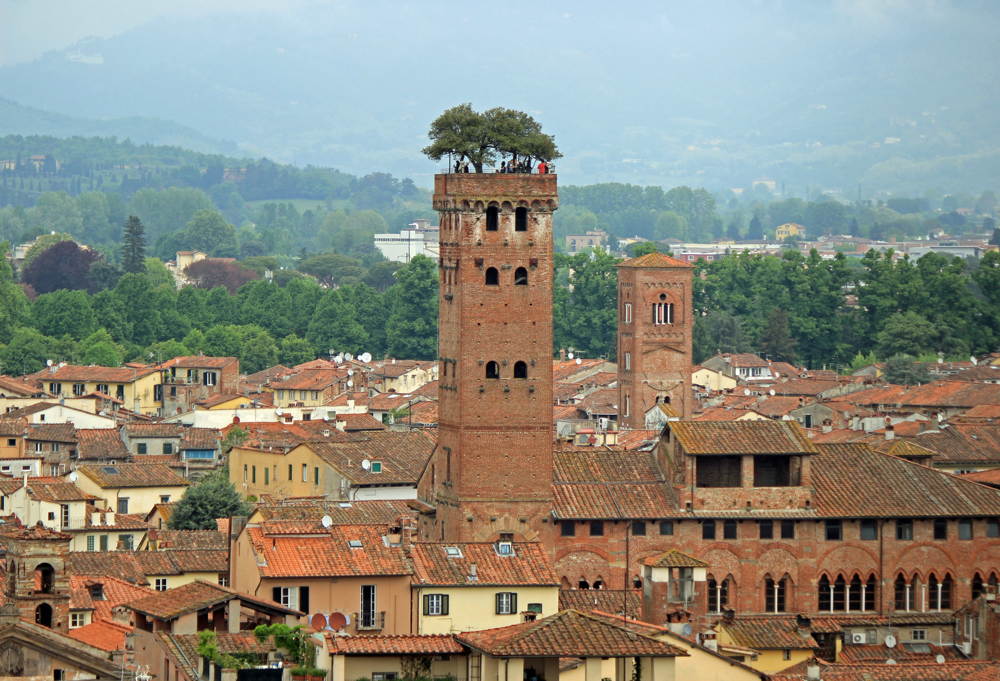 From the sixteenth-century city wall you have the best view over the largely car-free historic center.

The city of Saint Francis is a type of pilgrimage for many Catholics, but at the same time one of the most beautiful and typical medieval towns in unspoiled Umbria. 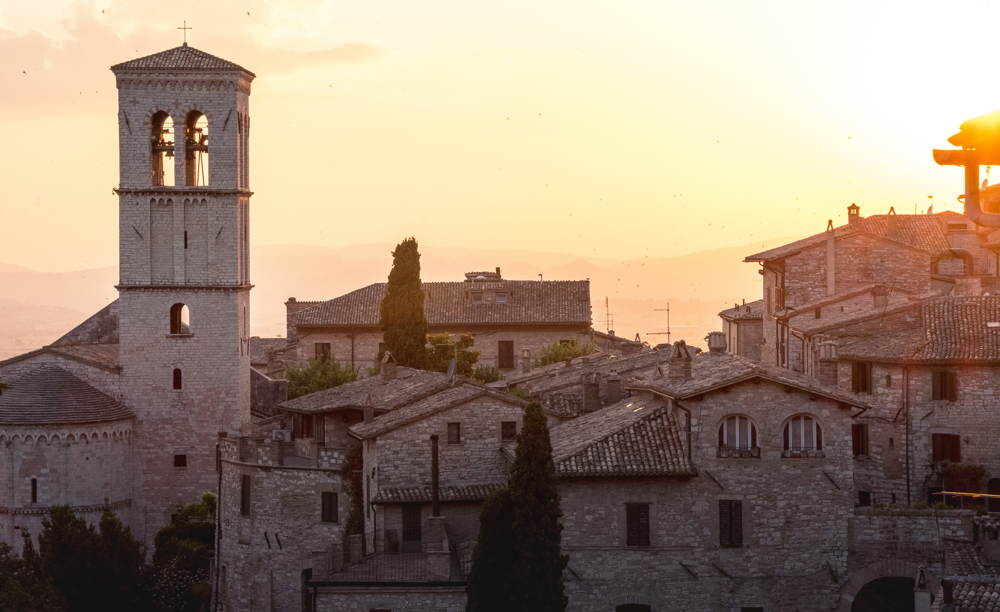 Assisi is built on the slope of a hill that overlooks the Spoleto valley on the left and Perugia on the right, about 15 kilometers away. We dedicated an entire article on Assisi which you can find here.

In addition to Rome, Bologna is also a beautiful city and it is even called one of the culinary capitals of Italy. Bologna is a lot smaller than Rome, but the historic center is amazing to see. The oldest university in Europe is located in Bologna, which is reflected in the vibrancy in the city. In recent years, Bologna has received titles of 'European Capital of Culture' and 'Musical Capital of Europe'.

The Battle of Oranges

This is one of the most unusual festivals in Italy. The festival is held in the middle of winter during the winter carnival. The entire city of Ivrea near Turin turns into a battlefield.