Take in the dramatic scenery of Sicily

Looking for a vacation destination that offers beautiful scenery and plenty of activities? Sicily should be at the top of your list.

This large island off the southern coast of Italy is home to towering mountains, stunning beaches, and picturesque villages. Plus, there's plenty to do in Sicily – from exploring ancient ruins to hiking through nature reserves to enjoying a relaxing beach day. 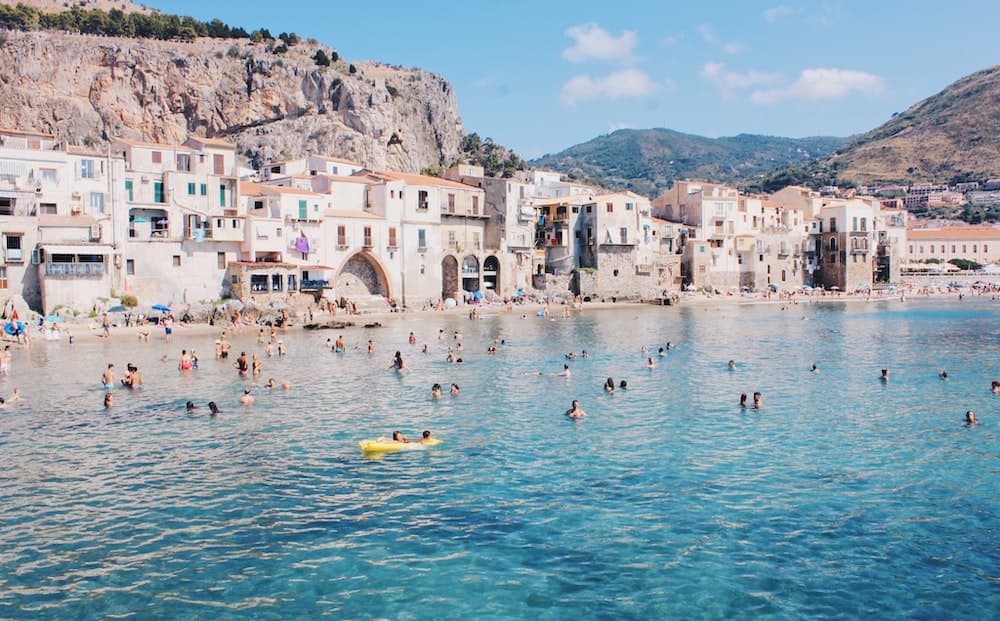 Here's a closer look at some of Sicily's best things to see and do.

Located in the town of Taormina in Sicily, the Ancient Theater of Taormina is a must-see for anyone interested in Greek and Roman history. Stretching across a vast expanse of land, this impressive amphitheatre dates back to the 3rd century BC. It boasts a unique capacity to seat between 8,000 to 10,000 spectators.

Boasting three distinctive areas - the stage, the orchestra, and the cavea - this ancient theatre hosted numerous historical performances, ranging from tragedies and comedies performed by local actors to elaborate musical spectacles and more.

Today, as it has been for over half a century, the Greek-Roman Theater of Taormina is regularly used for concerts, performances, and other events that continue to draw visitors from around the world. Watch this video and see for yourself how this incredible theater looks today.

The Valley of the Temples is an archaeological site in Agrigento. It is home to several well-preserved ancient Greek temples built between the 6th and 5th centuries BC. 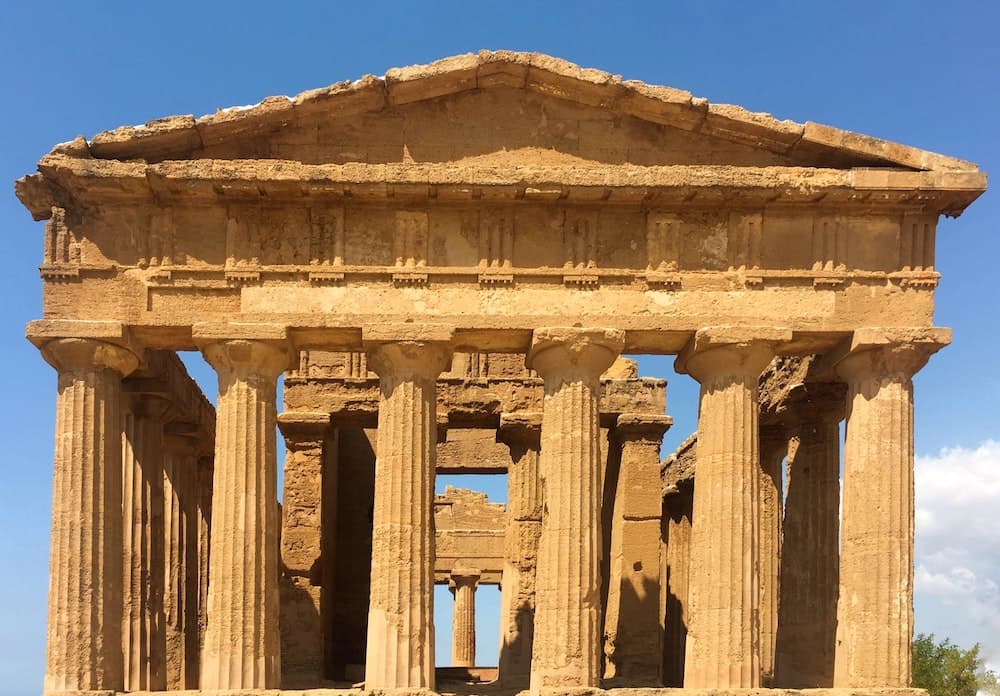 Mount Etna is an active volcano located on the east coast of Sicily. At over 3,357 meters (11,013 feet) high, it is the tallest mountain in Italy and one of the most active volcanoes in the world.

While Mount Etna is known for its volcanic activity, it is also a popular destination for hikers and nature lovers. Numerous trails wind through the mountains, offering stunning views of the surrounding area. 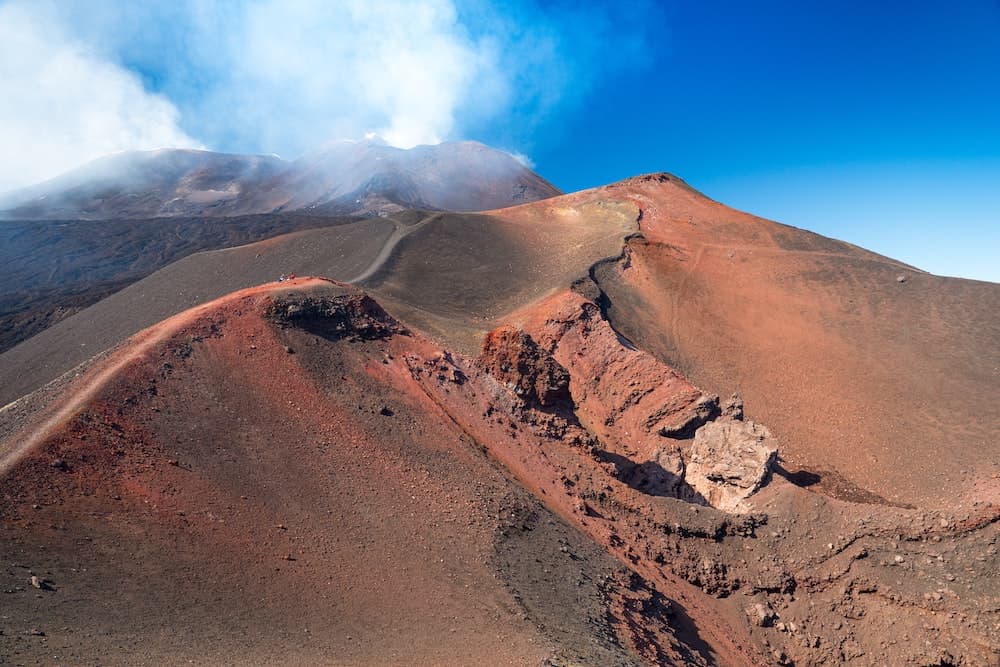 Visitors can also take a cable car to the top of the mountain for even more breathtaking views. A round-trip cable car ticket is €30 for adults and €23 for children.

Visit the Island of Ortigia

Ortigia is a small island in Syracuse on the southeastern coast of Sicily. This charming island is home to historical landmarks, great restaurants, and plenty of shops. The easiest way to get to Ortigia is by taking a short bridge from the mainland.

Once on the island, visit the Piazza del Duomo, which is home to the Syracuse Cathedral. This cathedral, built in the 7th century, is one of the oldest in the world. Ortigia is also home to the Fountain of Arethusa, a natural freshwater spring surrounded by lush vegetation.

Try some of the delicious seafood Ortigia offers to taste the local culture. The island is known for its fresh seafood, and there are plenty of great restaurants to choose from.

Stroll Through the Streets of Catania

The city of Catania is located on the east coast of Sicily. This vibrant city is home to a lively culture, delicious food, and many historical landmarks.

Start your exploration of Catania at Piazza Duomo, home to the impressive Cathedral of Sant'Agata. This cathedral, built in the 11th century, is one of Sicily's most important examples of Baroque architecture. 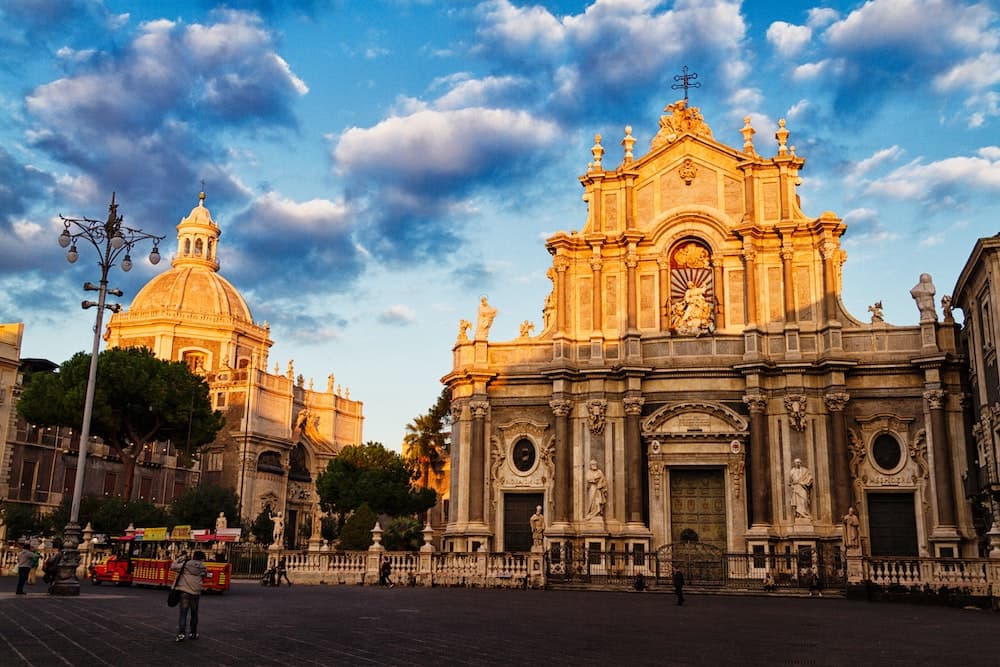 Nearby, you'll find the Ursino Castle, a 13th-century fortress that now houses the Catania Civic Museum. This museum contains a wealth of historical artefacts and artwork, making it a great place to learn about the city's past.

In the middle of Enna, the Lombardia Castle is a towering mediaeval fortress that has withstood the test of time. This grand structure was first built in the 13th century as a defense to help keep Enna residents safe from any potential threats. The best part about visiting this castle is that it's free to enter.

One highlight of touring this historic site is visiting the tallest tower in Lombardia Castle: Torre Pisano. Over time, however, its strategic importance diminished, and it became more of a tourist attraction than anything else. Today, visitors can explore the castle's ancient walls and courtyards and marvel at its breathtaking views of the local landscape.

Accessible via one of the castle's inner courtyards, this twisting spire offers stunning vistas of the valley below, with sweeping views to nearby Calascibetta and majestic Mt Etna in the distance.

Walk Through the Old Town of Ragusa

Ibla Ragusa Ibla is a small town located in the southeastern part of Sicily. This quaint town is home to many historical landmarks and buildings and a lively culture. 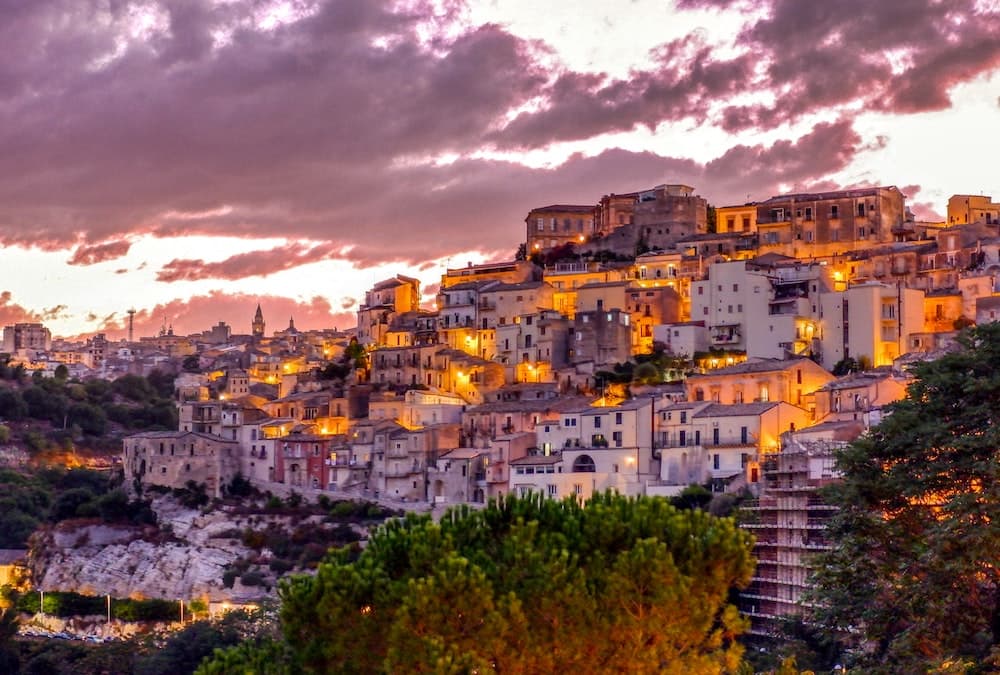 One of the best way to explore Ragusa Ibla is on foot. Stroll through the town's narrow streets and take in the sights of its pastel-colored buildings. Be sure to visit the Church of San Giorgio, one of the most important religious sites in town. This church, built in the 16th century, is known for its ornate Baroque-style exterior.

Ragusa Ibla is also home to the Palazzo Arezzo Di Trifiletti, a grand palace once the residence of Barron Arezzo. Today, this palace is open to the public and houses a museum with a collection of Sicilian art and artefacts.

Where To Stay In Sicily

Depending on your budget and preferences, there are many great places to stay in Sicily. For a luxurious and sustainable experience, consider staying at the Monaci delle Terre Nere, a beautiful upscale resort located on the slopes of Mount Etna.

The hotel is the perfect mixture between tranquillity and luxury. In this hotel, you can enjoy the spectacular scenery of the volcanic mountains as well as the vast Mediterranean Sea. One of the things this hotel does to save the environment is to produce its own organic wine from its vineyards.

The best time of year to visit Sicily depends on what you want to do. If you're interested in spending time on the beach, the best time to visit is from May to October. The average temperature during this time is between 22-27 degrees Celsius (72°F-80°F).

However, if you're more interested in exploring the city, April and May are great months to visit as the weather is milder. Click here for more climate information about Sicily.

Sicily is a beautiful island with a lot to offer visitors. From its stunning coastline to its historic towns and villages, there is something for everyone in Sicily. Whether you're interested in exploring the island's culture, dining on delicious seafood, or simply soaking up the Mediterranean sun, Sicily is the perfect destination for your next vacation.