Precipitation in Venezuela in January

In Venezuela in January precipitation ranges from almost non in San Fernando de Apure with 1mm (0inch) rainfall to moderate in Tumeremo with 84mm (3.3inch) rainfall.

Where and how much does it rain in Venezuela in January

Find the average total precipitation in January for the most popular destinations in Venezuela on the map below. Click on a destination dot for more detailed information.
Weather conditions Weather
Temperatures
Precipitation
Legend

We have much more information about the climate in Venezuela. Interested in the weather conditions in a specific month? Select the month below.

Weather and climate has detailed information for almost all countries in the world. Are you going to Venezuela? Get detailed historical weather averages for many cities in Venezuela. 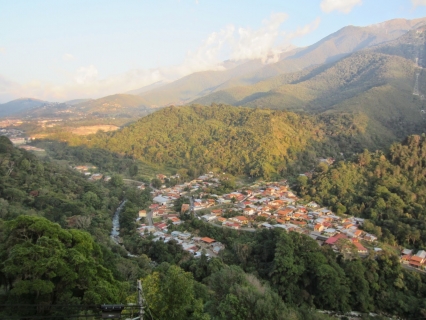 Go to Merida in Venezuela

Mérida is a laidback backpacker city and is full of students. The university city is the cultural center of the Andes and with a special location at 1700 meters a must for every traveler.

Mount Roraima, the feeling is indescribable. This is where the world seems to stop. As if you are on the roof of the world. Something you need to add to the bucket list.

The weather today in Caracas
Show in Celsius