Precipitation in Malaysia in October

In Malaysia in October precipitation ranges from heavy in Tawau with 167mm (6.6inch) rainfall to heavy in Penang with 383mm (15inch) rainfall.

Where and how much does it rain in Malaysia in October

Find the average total precipitation in October for the most popular destinations in Malaysia on the map below. Click on a destination dot for more detailed information.
Weather conditions Weather
Temperatures
Precipitation
Legend

We have much more information about the climate in Malaysia. Interested in the weather conditions in a specific month? Select the month below.

Weather and climate has detailed information for almost all countries in the world. Are you going to Malaysia? Get detailed historical weather averages for many cities in Malaysia.

Sabah, one of the most biodiverse regions in Malaysia

Sabah is one of the most biodiverse areas in the entire region. You will find some of the world's oldest rain forests full of rare animals and spectacular natural phenomena. For lovers of nature and wildlife this place is paradise. 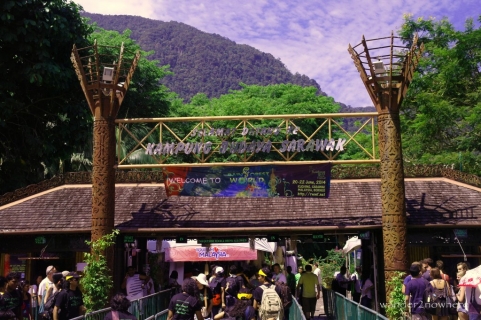 The weather today in Kuala Lumpur
Show in Celsius