Climate and Average Weather in Hungary

Hungary has approximately 2000 - 2200 hours of sun per year which is a pretty high average. In summer (June - September) temperatures rise to 25 to 30 degrees Celsius (77-86 degrees Fahrenheit) during the day. Summer is also the wettest period with 50 to 90 millimeters (1.9 - 3.5 inch) of rain per month. Because it is surrounded by hills and mountain areas, depressions get much less chance to reach Hungary. This makes the country relatively dry with only 400 to 500 millimeters (15.8 - 19.7 inch) of precipitation per year. In general the west is slightly wetter than the east.

The average temperature in Hungary in winter is on the low side with average daytime temperatures that are just around or above the freezing point and night temperatures averaging around five degrees below freezing temperatures (23°F). On average, it is covered in snow around thirty days a year.

Spring (May and June) is the best time to visit Hungary with pleasant temperatures and many hours of sunshine.

How is the weather in Hungary in a specific month?

How is the weather in Hungary in a specific month? 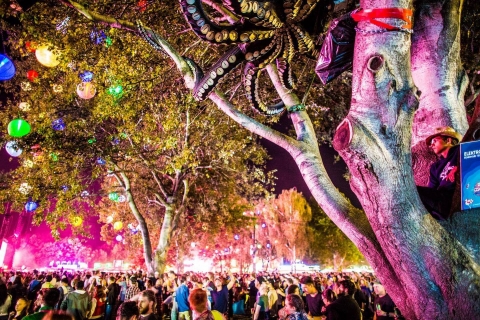 Sziget Hungary is the largest open-air festival in Europe. The festival takes place seven days and you can enjoy more than 1,000 performances on 60 different stages.

The weather today in Budapest
Show in Celsius