Stockholm consists of fourteen islands, is surrounded by water and you can find forests and parks everywhere. The Swedish capital is special because of the mix of culture, nature and city. What I also love is that all different districts in Stockholm have their own character, this makes it a city where you won't get bored easily. In my opinion it's one of the most beautiful cities in the world and it should be on everyone's bucket list.

You can divide the center of Stockholm into two sides. On one side of the water lies the chic and prosperous Östermalm. Here you can shop for hours in trendy shops and enjoy delicious food in one of the many restaurants. You will also find various cultural and historical attractions.

On the other side of the water is the former working-class district of Södermalm. This neighborhood was named "coolest" neighborhood in Europe by Vogue Magazine. Do you like nice coffee shops, vintage, original boutiques, art and cozy bars? Then this is a must-see.


Between Östermalm and Södermalm lies the heart of Stockholm: Gamla Stan. This is the oldest part of the city, including the Royal Palace, the Nobel Museum and beautiful old churches. Its construction began in the thirteenth century. The old quarter consists of small alleys with authentic yellow, red and orange houses. In Gamla Stan you can walk for hours without seeing the same thing twice, because every street is different.

As a walking city, Stockholm offers you constantly changing and breathtaking views. Unique is the large, green city island of Djurgården; where you can relax in the middle of the buzzing city. Within walking distance you will find some of Sweden's most popular attractions, such as the Skansen open-air museum where you can admire Sweden in miniature. Skansen dates from 1891 and is the oldest open-air museum.


Other popular attractions include the Junibacken fairytale park by writer Astrid Lindgren, the Nordic Museum, the Vasa museum, the Nature Museum and the new ABBA museum. There are also various restaurants and cafés on the island. In 2013 restaurant Oaxen was opened in an old harbor building on the harbor of Kungliga. It is one of the most famous restaurants in the country, awarded two Michelin stars.

We love the eco-friendly Skeppsholmen Hotel.  It is in an excellent and particularly quiet location on an island in the middle of Stockholm, with beautiful views of the water and the city.

There is a lot to see on the island itself and many of the main attractions in the city can be reached after a short walk. You can also take the boat from the island, which is an absolute must because of the panoramic views of the city. On booking.com they get a well deserved rating of 9.0 and you can book it here.

The climate in Stockholm is typically temperate. This means it has cold, cloudy winters and cool, partly cloudy summers. In January the daily average maximum temperatures is 1 degrees Celsius (33° Fahrenheit) with the average minimum -4 degrees Celsius (24 ° Fahrenheit), while in June the average maximum is 20°C (68°F) with a minimum of 10°C (50°F). We recommend visiting Stockholm from May until October

If there’s something the Swedes excel at (among many things!), it’s taking care of the environment. More than an impressive half of the country’s energy supply comes from renewable energy (with 95% hydro-power) and it landed the title of the first country in Europe (second in the world following Australia) to introduce an ecotourism charter.

You could also make your trip more conscious in the way you eat, travel around and where you sleep. Here are a few tips.

How to get there

You can reach Sweden by train from three countries:
Denmark: Trains depart from Copenhagen for Malmö every 20 minutes. The train goes over the Öresund Bridge and arrives in Sweden in less than 30 minutes. Direct trains (SJ High Speed trains) leave from Copenhagen to Stockholm.
Norway: There are connections between Oslo, Stockholm and Gothenburg as well as connections between Trondheim – Åre – Östersund and Narvik – Kiruna – Boden – Stockholm.
Germany: Between April and August, you can travel from Berlin to Malmö with the Berlin Night Express. Reservations are compulsory.

How to get around


Public Transportation: When you arrive to Stockholm, get yourself a Stockholm Pass with Travel for a period or one to five days. This allows you to use public transportation - the metro, buses, trams, and trains - as well as the Royal Canal Tour. The subway stations are like art galleries and worth a visit themselves.
Bikes: Stockholm is great for biking! Get a 3-day pass for the bike share at a Pressbyran (news stand) or through your hotel.

Who said Sweden was only about herring and meatballs? In Stockholm, there are plenty of good vegetarian spots in Stockholm, for all budgets and tastes. Here are ten of the best places to eat vegetarian food in Stockholm.

Where to practice yoga

Swedes love yoga as much as the rest of the world and Stockholm is absolutely filled with top-notch yoga studios that offer one-off classes and expert teachers. You can find the best yoga studios in Stockholm on this website. 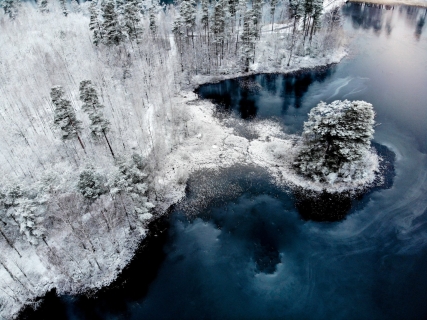