A city trip to Oslo

Scandinavia is hot! And her coolest capital is Oslo, a relatively unknown city which makes it worth adding to your bucket list. This city doesn't feel like a capital at all. Oslo is like a small, friendly village. Wherever you want to go, it is possible to do it on foot. Yet this city has everything you need: a nice center, plenty of entertainment options, wonderful shops and also beautiful nature. The city is surrounded on all sides by mountains, ideal for a ski enthusiasts. If you take the metro from the center, you will be on the ski slope within twenty minutes.

It is a trend in itself: raw, industrial neighborhoods or districts that are transformed into lively neighborhoods where all hipsters like to spend time. The best known is perhaps SoHo in New York, but also Norway's Oslo has such a neighborhood: Grünerløkka. Grünerløkka is a city district of Oslo with around 44,000 inhabitants. For a long time, Grünerløkka was an industrial working-class neighborhood on the 'wrong side' of the Akerselva river, but the image has undergone significant changes, and it is the place that attracts young creative people.

A hip neighborhood wouldn't be a hip neighborhood if you couldn't eat and drink in nice bars and restaurants. For good coffee you can go to Tim Wendelboe (an award-winning barista) and Liebling. You can have lunch at Kolonihagen, Delicatessen or Fru Hagen. And for dinner we recommend Bistro Brocante. Do you want to end your evening in Grünerløkka with a nice drink? Then visit the Schouskjelleren Mikrobryggeri for the tastiest special beers.

When you walk from the City Hall to the Museum of Modern Art, you are in what I some people think is the nicest neighborhood in Oslo: Stranden. This beautiful boulevard is great for a walk along the water, with a view over the harbor. You have a lot of nice restaurants, but what we like even more are the many food trucks that are parked here regularly.

What is typical Oslo?

People who walk in the street in ski clothing and in public transport wear their cross-country skis. Quite strange, but in Oslo you see it everywhere. People enjoy the outdoors as much as possible. Perhaps that is also the reason why the people in Oslo are the happiest people in the world (according to the 2017 World Happiness Report, ed.). "

What is the place to be?

We loved Blå. It is a jazz club in Grünerløkka, Oslo, Norway. It is located in a factory building next to Akerselva, a river that runs through the center

Markveien "This cozy street is located in" "Grünerløkka district. It has nice, small boutiques and the cozy cafes. On Sundays there are also nice bands playing on the street. "

Toggata "The street that used to be" just "one of the many streets, has become a destination in itself in recent years. More and more nice restaurants, shops and bars are opening here. From Starbucks and kebab tents to chic restaurants and trendy fashion stores, you'll find it all in Toggata. "

Vigelandsparken. One of the largest tourist attractions in Norway. Logical: in this beautifully decorated park there are two hundred special statues made by just one sculptor.

Bygdøy "Take the ferry to this beautiful peninsula that is also called Museum Island. Not so of the museums? You can also enjoy a walk through the vast forest here and from the idyllic harbor you have a breathtaking view of Oslo.

Lysebu is a green eco friendly hotel in Oslo. The hotel is incredibly beautiful, atmospheric, peaceful and you will find beautiful art objects all around the hotel. It is still relatively close to the centre of Oslo and at the same time you will find yourself in the middle of nature.

They have beautiful rooms, with an authentic Norwegian feel. We loved the high-quality restaurant with its own vegetable garden. The next time we have to stay in Oslo or surroundings we will come back. An absolute gem.

Norway and Oslo is a year round destination. Depending on your needs there is a best time to visit. If you like snow and skiing than best would be to come from November - March. If you like to walk around in nature or walk through the streets of Oslo we recommend visiting Norway from June - September. The end of September it can already become a little bit chilly. Click here for more climate information for Oslo. 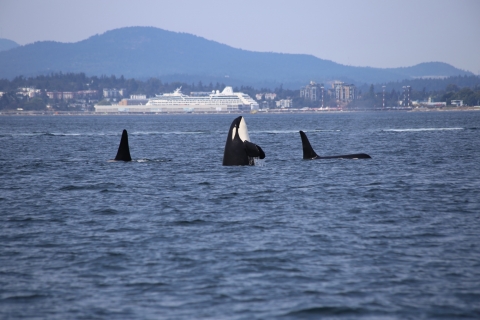 Swimming with orcas in Norway

The best travel period to travel to Norway for the orcas are the months October, November December, January and February. Swimming with orcas in Norway might be the bucket list trip of your life. 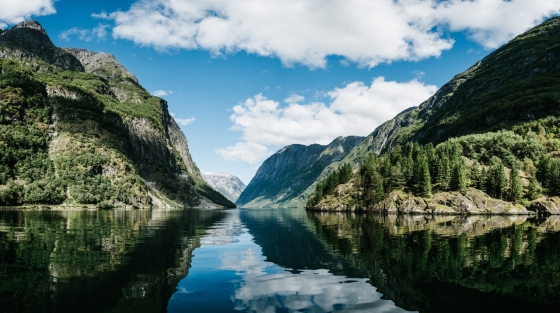 The rugged landscape of the Norwegian fjords

This landscape is rated as the most beautiful in the world and it is something you need to experience at least once in your life. The beauty and majestic landscape of the Norwegian fjords.