Many people wonder what kind of weather they can expect in August in Corsica. Is this month a good time to go to Corsica? To answer that question we created this page with all the information you need.

What is the weather like in Corsica in August?

The weather conditions in Corsica in August are generally perfect. It is a summer month.

You can expect warm maximum average daytime temperatures of around 29°C (85°F) and nighttime temperatures around 18°C (64°F) in Ajaccio. On average, it is the month with the highest temperature of the year in Corsica. So be prepared and pack summer clothes.

We invite you to have a look at the map below to find out more about the different weather conditions per location in Corsica.

Where to go in Corsica in August 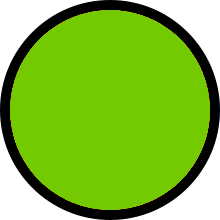 Interested in the average weather conditions in Corsica in a specific month?

What is the weather like in August for the 2 most popular destinations in Corsica?

Is August the best time to go to Corsica?

In our opinion August is one of the best times to visit Corsica with commonly perfect weather in Ajaccio. However, the weather conditions may vary depending on your destination.

On average the best time to visit Corsica is in May, June, July, August, September and October with generally perfect weather in Ajaccio. The worst months are January, February, March, November and December that can have tolerable weather conditions.

We have much more information about the climate in Corsica. Interested in the weather conditions in a specific month? Select the month below.

Weather and climate has detailed information for almost all countries in the world. Are you going to Corsica? Get detailed historical weather averages for many cities in Corsica.

Interested in the average weather conditions in Corsica in a specific month?

Explore the natural wonders of Corsica

Corsica offers an abundance of incredible natural wonders to explore. This stunning Mediterranean island is a paradise for outdoor enthusiasts and nature lovers alike.

The weather today in Ajaccio
Show in Celsius