There is a subtropical climate on the British Virgin Islands, as a result the temperature hardly varies. The average temperatures are 29 ° C in summer (84 ° Fahrenheit) and 25 ° C (77 ° Fahrenheit) in winter. There is about 1200 millimeters (49 inch) of precipitation per year, which mainly falls between September and December. There is an almost constant northeast wind blowing.

Tropical storms and hurricanes can occur in the region in the second half of the year. During this period, the humidity, combined with high temperatures and a lot of precipitation can become very high and uncomfortable. In the first months of the year, the average rainfall is slightly lower than the rest of the year, but is still not moderate. The sea temperature throughout the year is very pleasant. The rainfall that falls on the islands will generally fall in the early morning.

How is the weather in UK Virgin Islands in a specific month?

How is the weather in UK Virgin Islands in a specific month? 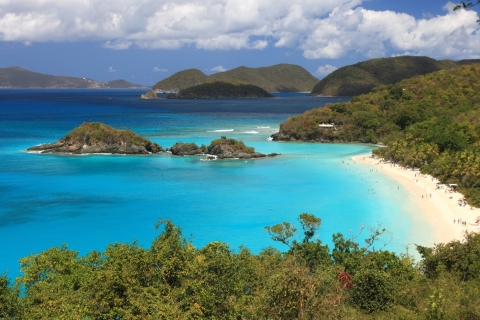 The weather today in Anderson
Show in Celsius