Climate and Average Weather in Hawaii

Hawaii experiences a tropical climate where the average daytime temperature is between 24 and 31 degrees Celsius (75 and 88 degrees Fahrenheit) almost the whole year. Exceptions are the high mountain peaks where it can be cooler. On the highest mountain peaks it can even snow in winter.

Passing winds from the east determine the humidity and temperature on the islands. These winds temper the temperature, so that it actually rarely gets warmer than 32 degrees Celsius (90 F). Because there is a tropical climate, there is no best travel time for Hawaii. You can visit the islands throughout the year. In winter (November to April) you have a little more chance of rain and there are higher waves, while in the summer (May to October) the average temperatures are slightly higher.

The official high season runs from mid-December to the end of December and from the beginning of July to the end of August which means higher prices.

Interested in more detailed Weather and Climate information?
Please select the city you wish to travel to, or the one closest to your destination. Each selected city will show you the following graphs:
1. Average minimum and maximum temperature over the year
2. Average monthly precipitation over the year (rainfall, snow)
3. Average monthly hours of sunshine over the year
On certain pages we also offer other historical weather data like humidity, wind speed and water temperature. 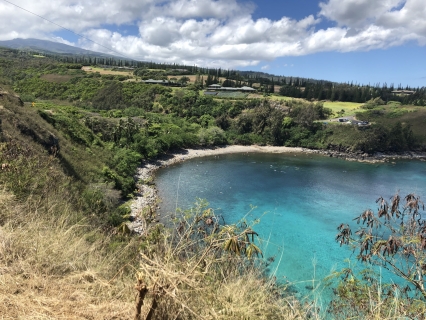 Maui, where the earth lovers live

Maui, also known as the heart of the world. People from all over come to discover its raw beauty. Being an island, the majority of Maui is surrounded by coral reefs. Gorgeous reefs that hold many different endemic species of fish.

Hawaii Gov. David Ige has hinted about it for weeks as COVID-19 cases in the state surged, and on Tuesday he made it official: The state won't reopen to tourism until October at the earliest.The planned Sept. 1 start of a program that would allow out-of-state visitors to bypass Hawaii's strict 14-day quarantine upon arrival by presenting a negative COVID-19 test at the airport has been delayed until at least Oct. 1, Ige said late Tuesday. Read more here.

Hawaii will be reopening for tourism to national and international tourists on October 15 without the need for a mandatory 14 day quarantine.Hawaii Governor David Ige announced the news on Sept. 16Incoming travelers must have a valid COVID-19 Nucleic Acid Amplification Test (NAAT) within 72 hours of boarding their flight to Hawaii and must show proof of a negative test result upon arrival at the airport in order to avoid the 14-day quarantine.Read more about other entry requirements here.